It was a lonely night down in the South East, it wasn’t dark, thanks for the endless row of lights beside the road, neither was it stormy, since no perturbations had been forecast in the plains. Around 3 am Antonio was driving his lorry along the Route 415, that stretched from the Milan urban area deep into the countryside. He was listening to a CD, which had belonged to his son. The young man only listened to music online now and did not care about compact disks any more. He was even too young to have experience with cassettes. A CD recorder had been installed on board the old lorry – a member of the family business for at least two generations – as a sort of modernisation to make travels more confortable. The outdated grumbling of the engine mixed up with the alternative musical tastes of Antonio’s son. The music was hard and noisy, it was meant to keep the driver awake

The man, 45, not shaved grey beard, a high forehead, brown eyes with a good eyesight, wore a red plaid shirt and dirty trousers he used for working in the stable. He avoided blinking, because of his deep fear of falling asleep. His son had told him the evening before, while going to bed, “Hey dad! Take some of these for tonight!”. The boy had handed out to him half a dozen cans of Red Bull. “They keep me awake when I go to the club, they will turn useful to you, dad!” “Thank you son” answered Antonio, putting the cans into his bag.

Antonio drove along the Route 415 that night, to transport twelve old cows to their last retirement. They were first class black-and-white bovines, with a long genealogy of milk-producing champions, proud of their noble ancestors with the biggests udders ever seen. All of them thought that travelling in the rear cargo of a lorry was indecorously uncomfortable. The exact destination was still unclear, lots of assumptions and conjectures were arising from their endless talking, the only recognised matter of fact was that all the twelve of them were not yielding the same amount of milk they could do when they were younger. Their legs lost stability at every jolt, they lurched and fell one against the other. Each time they fell they got so frightened that they couldn’t help releasing their droppings. That travel revealed to be the most annoying they ever had. Not that they had travelled much in their bovine life; their temper was quiet and devoted to their herd, their stable, and to the bells of the church. A few of them remembered that being little calves they had travelled. Sure they did, since they were born in another stable that was closed, and the cattle sold. They were still so young at that time and full of enthusiasm that they could easily deal with such adventures.

It frequently happens to men – of all ages – that when they get bored they think of sex. They think to the sex which is allowed only when it’s thinked. Not that his wife was less desirable than once, she was just too real to be entertaining. Men need speculation, imagination, fantasy, to pass the time. It must be said that the woman who sent the invoices of the feed and vitamin supplements for the cattle was really entertaining. She worked in the administrative staff of the products for livestock company, she had attached a professional picture to her email account, Antonio had asked her friendship on Facebook and she had accepted.

Thinking about the invoice woman was actually very entertaining. It was 3 am, the night should be for sleepers, not for drivers, the road was straight and endless, at every lamppost Antonio got more and more tired. He remembered the high-caffeine drink he was given by his son before leaving the farm, the half-a-dozen cans of Red-Bull leaning on the passenger’s seat. He stretched an arm and grabbed one, opened the tab with his teeth and drank a couple of sips.

The twelve cows in the rear cargo were still chatting without any possible interruption, they didn’t avoid expressing any of their opinions, even the harshest, sure that Antonio over there would have never understood their bellowing. They all agreed that there was much to bellow that night, the filthiness of the cargo, the cold, the humidity, the absence of feed available for the travellers. The treatment was absolutely low-cost, the driver was also not perfectly qualified, according to the continuous jolts and shakes.

Antonio was thinking to the invoice woman so deeply, that his heart could not bear it. It beated and drummed so fast, accelerated by the lust – and the caffeine – that suddenly it stopped to rest, forever. He passed the sign with the name “Pantigliate”, the locality where the lorry crashed and Antonio closed his eyes.

The cows bellowed the worst injuries against the driver, while pushed, tossed and shaken, falling one on the other. When the lorry stopped, all wrecked, no more locks had survived to keep the cattle closed into the cargo. They twelve cows finally shut up, and realised they were free. 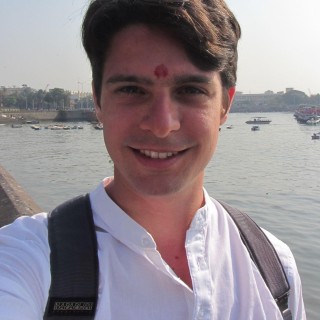